Business Financing Options for Every Company

Business Financing Options for Every Company

We are a Full-Service Business Financing Firm with
Consultants that Specializes in Letters of Credit.

What are Letters of Credit?

A letter of credit (LC) or credit letter is a letter that serves as a promised pay in a trade transaction between a buyer and a seller that is backed by a bank or non-bank lender.

Letters of Credit allow buyers to have the guarantee of a bank or non-bank charter to represent them in a transaction. The reason is if the customer or buyer (also known as the “applicant”) can’t come up with the capital, the bank still has to deliver on their guarantee to the Seller.

The “applicants” of Letters of Credit have to provide the bank or non-bank lender with some form of security, whether it be cash or collateral. Companies use LC’s or Letters of Credit as a means to alleviate the risk of paying cash or sending a wire for payment upfront for goods or services. A Letter of Credit provides a guarantee from a bank or non-bank lender that a buyer’s payment to a seller will be received on time and for the correct amount.

PARTNERSHIP YOU CAN RELY ON

Our goal is to be our client's trusted business financing partner from inception to the day they sell their business.

ADC Business Consultants are here to offer our clients all of their years of experience in providing capital to companies to grow and expand.

WHAT COMPANIES COULD USE A LETTERS OF CREDIT?

Since a Letter of Credit provides such a security blanket in the middle of a trade transaction, that both for-profit and non-profit businesses across almost all sectors could utilize one.

WHAT ARE THE TYPES OF LETTERS OF CREDIT?

Often called an “International Letter of Credit,” this provides a direct payment in which the issuing bank makes the payment to the beneficiary seller’s bank. In contrast, a standby letter of credit is a secondary payment method in which the bank pays the recipient only when the holder cannot. Here a bank acts as a neutral third party and will release funds when all the conditions of the agreement have been met.

For those going overseas, this Letter of Credit will guarantee that issuing banks will honor drafts made at certain foreign banks.

Standby Letters of Credit
These work slightly differently than most other types of Letters of Credit. If a transaction fails and one party is not compensated as it should have been, the standby letter is payable when the buyer can prove it did not receive what was agreed upon. This is used more as insurance for riskier transactions and less as a means of facilitating exchange.

Irrevocable Letters of Credit
These stipulate that no amendments or cancellations can occur without the consent of all parties involved. Irrevocable letters of credit can either be confirmed or unconfirmed.

When a Letter of Credit is confirmed, another bank (presumably one that the beneficiary trusts) guarantees that payment will be made. Exporters might not trust a bank that issues a letter of credit on behalf of a buyer (because the exporter is not familiar with that bank, for example, and is not sure if payment will ever arrive), so they might require that a bank in their home country confirm the letter. If the issuing bank fails to pay—and the exporter can meet all of the requirements of the Letter of Credit—the confirming bank will have to pay the exporter (and try to collect from the issuing bank later).

Red Clause Letter of Credit
With a red clause, the beneficiary has access to cash upfront. The buyer allows for an unsecured loan to be issued as part of the letter of credit, which is essentially an advance on the rest of the payment. The Seller or beneficiary can then use the money to buy, manufacture, or ship goods to the buyer.

HOW DO LETTERS OF CREDIT WORK?

All the Letters of Credit available on the market work in their ways. The buyer and the Seller in a trade transaction go over the options available and decide on a type of Letter of Credit that fits their needs, and they both agree to. From there, the two parties involved must set the terms by which the transaction will be deemed completed, and the Letter of Credit can thus be executed.

Every letter of credit, regardless of type, is written in an official document agreed to by both parties before it is submitted to the guaranteeing bank or non-bank lender for review.

The lenders will then review and validate the parties being represented by the bank in the transaction. For example, the buyer’s lender will verify the buyer has the collateral needed for the lender to provide the guarantee and secure the funds.

The letter of credit is an independent structure that stands apart from the sales or other deals on which it may be based. Therefore, it should be kept in mind that a well-structured sales contract protects the party, which behaves in goodwill against various kinds of risks. Once the signature of the sales contract, the buyer applies to their bank to have the letter of credit issued in favor of the exporter.

They could, for example, transfer the interest to their corporate office, a lender, or someone else to whom they want to give the funds. Whoever ends up with a confirmed letter of credit can then draw the cash value from the issuing bank, like cashing a check.

A letter of credit is an excellent tool for businesses, large or small when dealing
with either new domestic sellers or international transactions with overseas buyers.

In a standard Letter of Credit situation, the buyer would still furnish the capital needed to close out the transaction once goods have been confirmed. Only if the buyer is unable to make a payment on the purchase, the bank will then be required to cover the full or remaining amount of the purchase. Which typically will put the sellers that accept letters of credit at ease.

Letters of Credit can be used domestically if needed, usually when new parties are establishing trade trust amongst one another. Yet the security of the markets in the U.S typically diminishes their domestic need. Where a Letter of Credit tends to be used is within the International Trading Markets.

Due to the inherently risky nature of International dealings, including factors such as distance, language differences, differing laws in each country, and usually no prior experience between either party, the use of letters of credit has become vital for international Trade.

Letters of Credit do not meddle with nor dictate the details of the transaction. By utilizing the security to both parties that a Letter of Credit provides buyers and sellers can focus on growing and expanding their Business via Trade, and alleviate the fears of releasing funds before receiving their exact expected goods or services.

We have custom-tailored options to meet a company's specific needs. ADC works diligently to provide each client with funding terms that fit their goals.

We pride ourselves on going the extra mile for every client that we work with and excel at delivering the capital they desire to grow their business.

WHAT ARE THE BENEFITS OF LETTERS OF CREDIT?

A letter of credit enjoys various benefits in performing an international trade transaction. Some of the major ones are below:

Letters of Credit give the buyer the same backing of a lender by working as a credit certificate for the buyer.

Since funds are not being handed over until terms are met, Letters of Credit can make the Seller sort of free of Credit risk and let the buyer rest easier.

Assures payment during disputable transaction situations can and do arise in the matters of Trade. This product can help to alleviate some of that added risk.

HOW TO QUALIFY FOR A LETTERS OF CREDIT?

This product can work for start-ups, yet it works best for for-profit based businesses with two or more years in operations,

Before agreeing to back a letter of credit, all lenders will review
The owners and the businesses credit history
Personal and Business assets and liabilities.
If the buyer is unable to pay the Seller, the bank is responsible for making the full payment. If the buyer has made a portion of the payment, the bank is responsible for paying the remainder.
Letters of Credit are used for Trade, so certain items will probably be reviewed
Like the purchase contract and the purchase order/export contract.
Some lenders may ask the Business to keep a certain percentage of the ‘margin amount’ with the bank.

To receive payment, the beneficiary must present documentation of completion of their part in the transaction to the issuing bank. The documents that the issuing bank will accept are specified in the letter of credit, but may often include:

We here at AmeriDream Capital are a Full-Service Business Financing firm
that specializes in providing clients with access to a Letter of Credit.
Let's Get Started

In closing, a Letter of Credit is an excellent tool for businesses, large or small, when dealing with either new domestic sellers or international transactions with overseas buyers. Regardless of the nation in which they are located. When used correctly, Letters of Credit can be an excellent tool for a business seeking to ensure a smooth transaction and prompt payment when selling goods or services.

We here at AmeriDream Capital are a Full-Service Business Financing firm that specializes in providing clients with access to a Letter of Credit. We understand the unique challenges of Trade and finding competent suppliers. AmeriDream Capital has a team of seasoned Business Financing Consultants that specialize in providing clients with access to all types of Letters of Credit. Please apply online, email us for an appointment, or call us today.  Our team is committed to helping your Business grow with Transportation Financing and Freight Receivable Financing and will guide you through the loan process each step of the way.

Latest from our blog 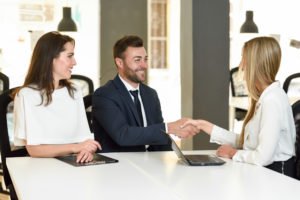 What is a business line of credit 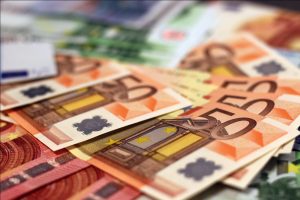 A Business Line of Credit: How Important Is It for Your Business? 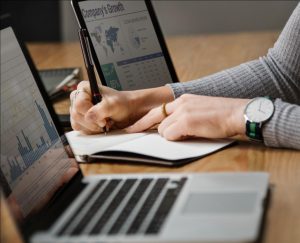 How to Consider Choosing Business Financing Options for Your Company 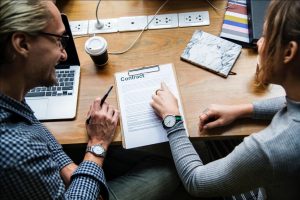 Major HR Issues Businesses Can Expect to Face in 2019